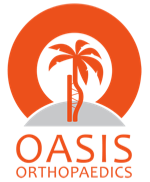 Total Hip Replacement (THR) is one of the most successful operations of the 20th century. It has reliably restored function, relieved pain, and returned mobility to millions of patients around the world since the early 1960’s.

THR can be performed for end-stage arthritis of the hip, which may have resulted from a wide variety of underlying condition such as:


It can also be used in treating acute fractures of the femoral head and neck in relatively young or active patients who have a reasonable life expectancy and who normally walk very well. 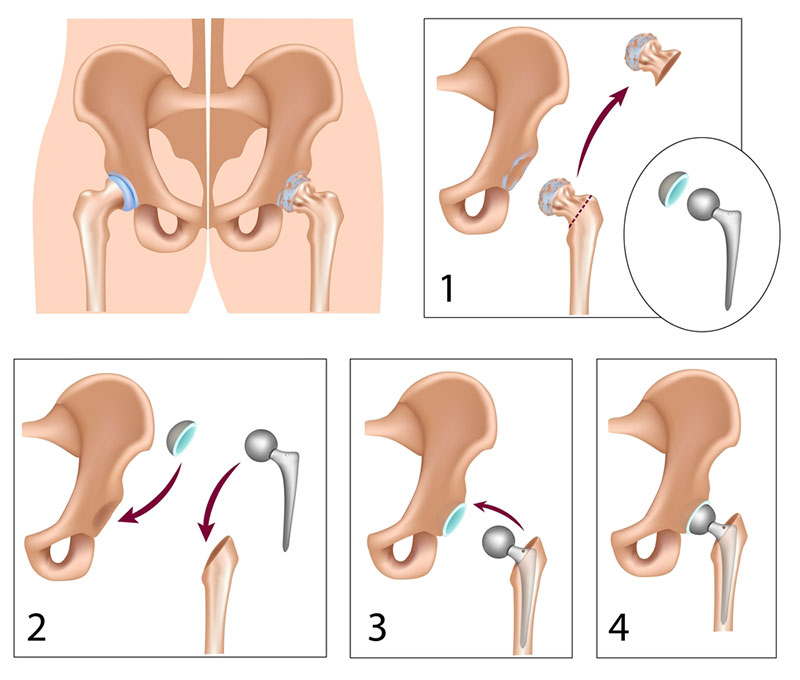 Despite its popularity, THR is considered a major orthopaedic procedure. The aim is to remove the damaged/diseased portions of cartilage in both the upper part of the femoral neck and head as well as to resurface the inner cartilage lining of the acetabulum. On the femoral side, the femoral head and neck is replaced with a metal stem which is implanted into the bone marrow of the upper femur. The stem then has a ball lodged on the top to replace the ball of the femoral head. The ball can be made of a number of different materials including a cobalt-chrome alloy, ceramic, or oxidised zirconium. On the acetabular side, the damaged/diseased cartilage of the socket of the acetabulum is burred away to allow an acetabular component to be implanted. This can be made purely of a plastic material called polyethylene or alternatively it can have a metal outer backing called a “shell”, which then requires the use of an inner liner that is then locked into the shell. The liner can be made from polyethylene, ceramic or metal.

The choice of what kind of hip replacement can also be broken down into two broad categories, based on how the implants become fixed or integrated into the bone and the patient’s body. A “cemented” THR technique requires that the patient’s bone is coated in a reasonable (i.e. 2-3mm thick) layer of medical bone cement to act as a grout on the various bony surfaces and then the implants are lodged into the cement. Alternatively, an uncemented technique is where the implants themselves may be coated with a microscopically thin layer of synthetic bone crystal which attracts the patient’s own bone to grow directly onto or into the surface of the implants. This achieves an intimate bond directly between the patient’s bone and the implant. It is also possible in some circumstances to combine the two techniques, making it a “hybrid” THR technique. For instance, in the surgeon may implant a femoral component that is designed to be used with bone cement while the acetabular component may be uncemented. Vice versa is also possible too. Again, each of these design philosophies have their pro’s and con’s that are best discussed on an individual basis with your own surgeon.

THR can also be performed by entering the hip joint using any one of a number of different pathways through the tissues surrounding the hip. There is no single “best” approach to the hip and the following advantages and disadvantages are often included in your surgeons decision making and are best discussed on an individual basis with your surgeon:


Finally, another factor in considering “what type of hip replacement” is going to be used is “what should the moving parts of the hip replacement be made of?” The most frequently seen combination is a cobalt-chrome femoral head articulating with a polyethylene acetabular liner (“metal-on-poly”). This combination in general has been shown to have excellent results. Earlier polyethylene liners, however were associated with cases of late destruction of the patient’s bone, 10 or more years after the initial surgery. This was due to microscopic amounts of polyethylene debris (“wear particles”) being generated which caused inflammation and erosion of native bone in a process called “osteolysis”. It is thought that with newer versions of polyethylene this should happen less frequently, or much later on in the lifespan of the total hip replacement. Osteolysis will hopefully be much less commonly seen with the newer polyethylenes.

An alternative bearing combination is a ceramic femoral head and a ceramic acetabular liner. The advantage of this combination is that it has been thought (up until recently) to have the slowest rates of wear and the least amount of inflammatory debris formation. It is anticipated that it would be the most durable, most inert combination of moving parts that would last the patient for most of their lifetime. While this is frequently the case, in the past, the ceramic used has been much more brittle than the metal or polyethylene components, and so if a sudden force has been applied to the hip – e.g. landing after a heavy jump, in very rare cases the ceramics can either crack, chip or shatter. Fortunately, this is very uncommon, but if it does occur it is a serious and major problem to resolve.

In most recent years, a unique new material called “Oxinium” has been manufactured and used for the femoral head, in combination with a polyethylene acetabular liner. Oxinium has an oxidised ceramic surface and has the advantage very low wear, but without the brittleness of pure ceramic. Unfortunately, being a new substance, no-one can accurately predict what will happen in the future to total hip replacements using this combination of bearings, although to date the trend appears promising.

The use of “metal-on-metal” as bearing surfaces in total hip replacements involves the combination of both the femoral head and the acetabular liner being made out of an alloy of cobalt and chrome. This bearing combination has reduced in popularity due to controversy that surrounded the poor results of some particular types of hip resurfacing and THRs. The “ASR hip” was one of these. It must be noted, however, that not all metal-on-metal hip replacements perform poorly. The “Birmingham Hip Replacement” has stood out for many years as an exceptionally well performing hip resurfacing when used in an appropriate patient and setting.

As THR is a major procedure, there are some significant risks that may occur:

The information above is general. All surgical procedures involve some risk. If you would like advice on your specific condition, please contact Oasis Orthopaedics to make an appointment with one of our specialists.